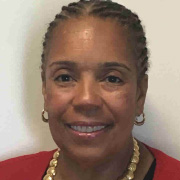 Elizabeth A. Campbell is an employment attorney, HR professional, and diversity and inclusion leader. She is also an author, speaker, and training facilitator on D&I and employment law-related topics. Effective July 16, 2018, Elizabeth became the Director, Diversity & Inclusion for the Campbell Soup Company in New Jersey. One year later, July 2019, as part of the roll-out of a new, two-division operating model for the company, Elizabeth is now the Director, Inclusion & Diversity, for the Snacks Division of Campbell Soup. In this role, Elizabeth has responsibility for the development and implementation of the inclusion and diversity aspects of the Campbell Snacks business strategy as a member of the Talent and Culture team.

Prior to joining Campbell, Elizabeth led D&I strategy as the Partner & Chief Diversity Officer at the Houston-based law firm Andrews Kurth Kenyon and previously served as the VP Employment Practices and Corporate Diversity Officer at ARAMARK in Philadelphia. Elizabeth has previously worked in business operations and has led HR functions. She began her legal career in Washington, D.C. in private practice later going in-house. She actively supports several non-profit organizations and serves on the board of the National Diversity Council. Effective January 2, 2020, Elizabeth became the Board Chair of the Council on Legal Education Opportunity.

Elizabeth received her B.A. in Political Science and Psychology from American University in Washington, D.C., and her J.D. from the University of Michigan Law School in Ann Arbor. She is admitted to practice law in Washington, D.C., New York, Pennsylvania, and New Jersey, as well as before the United States Supreme Court. Elizabeth is the proud mother of two adult sons.